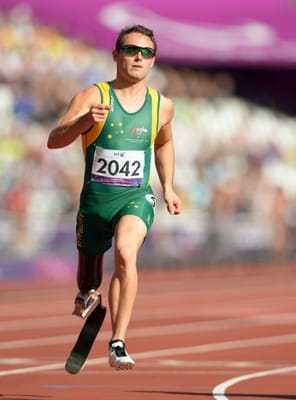 Scott Reardon is a champion runner and water skier and has represented Australia with distinction in both sports.

Scott competed at the 2011 Athletics World Championships and at his first Paralympic Games in London 2013, winning a silver in the 100m. Scott has represented Australia three times at the Water-Skiing World Championships winning the world title twice in 2007 and 2009.

In 2002 Scott got his shoelace caught in the power take off shaft of a tractor and severed his right leg through the knee.

Scott is studying to become a design and technology teacher and in his spare time coaches water-skiing and loves photography.

Scott shares his story in the hope others realise that dreams are achievable - nothing can stop you.

Tell a colleague about the Speakers Program

icare is available to help customers arrange alternative access to treatment and support during the NSW bushfire crisis.

Shine magazine is produced for participants of Lifetime Care and the Workers Care Program, it provides an opportunity to share stories about life after a severe motor accident or workplace injury.

Our commitment to you

Changing the way people think about insurance and care services for the businesses, people and communities we protect.

icare stands by to support customers impacted by bushfires

icare is here for their customers who have been impacted by the tragic events of the NSW bushfires.