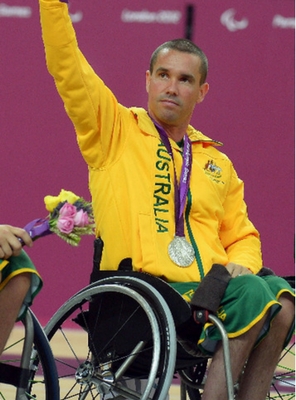 Grant Mizens is one of Australia’s most experienced wheelchair basketball players and helped lead the Australian team to a gold medal win at the 2008 Beijing games and silver medal win at the 2012 London Games. Grant has represented Australia in three Paralympic Games (2004, 2008 and 2012) and his personal Paralympic medial tally stands at three - two silvers and a gold.

In 2009 Grant was awarded the Order of Australia Medal (OAM) for Service to Sport.

In his final year of high school Grant was involved in a car accident where he suffered numerous injuries including spinal cord damage, resulting in paraplegia from the waist down.

Grant is passionate about economics and is a seasoned professional in the business world, working as a Senior Investment Analyst.

Grant shares his story in the hope others will realise their full potential.

Wayne's story - Back to building houses

Wayne was a successful builder until he broke his back in a traffic accident.